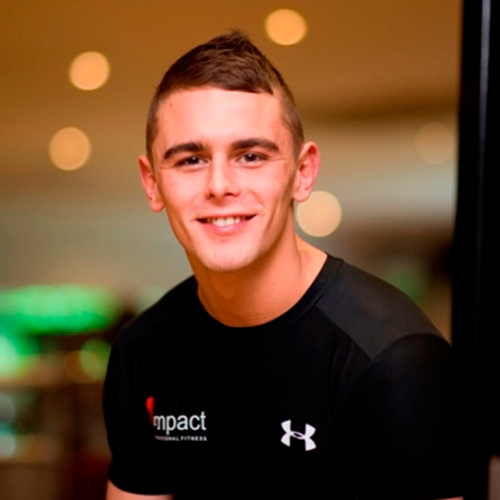 Posted at 22:02h in by impactf
0 Likes
Personal Trainer

Since my school years I have always enjoyed sport and fitness and in particular football, which I focussed my efforts on throughout my early years. After a relatively successful few years which saw me represent Scottish Schools in a match vs. England as well as playing at youth level for professional football clubs such as Clyde, Hamilton and Queens Park, a serious injury unfortunately signalled the end of my participation.

However this wasn't to be the end of my involvement in the fitness industry. After my injury I decided to further my education where I gained coaching qualifications allowing me to coach youth teams such as Motherwell FC. Following on from this I decided that I would pursue a career as a Personal Trainer as I really enjoy the one-to-one aspect of training. So I completed my Level 3 Personal Training Course while also gaining awards to teach group classes. Parklands then employed me as a Fitness Advisor and it was during this role that I put my new skills to the test and gained valuable experience training members and taking fitness classes.

I am now delighted to be part of the Impact Team - doing what I love most!